Today I was messing around with my CNC shield (version 3.00) and GRBL. But somehow I managed to accidentally reverse the polarity of my power cables. Until today I had no problem keeping that in mind. The fuse was blown and like it’s not enough yet- drives also. DRV8825 drives have no reverse polarity protection- I toasted 3 of them in a blink. Capacitors seemed to be fine. I have read that if they get the wrong polarity for a moment it doesn’t ruin them instantly.

I “replaced” fuse by soldering random wire in place of the original. I hope it will act as a fuse as well someday? Everything seemed to work. It uses some kind of glass fuse with no markings on it. So I am not sure with what I should replace it with. Of course, had to replace drives. Arduino seems to be also undamaged by this mishap.

A newer version of these boards does not have this fuse.

Photo of the burned fuse

Here is the photo of the aftermath. 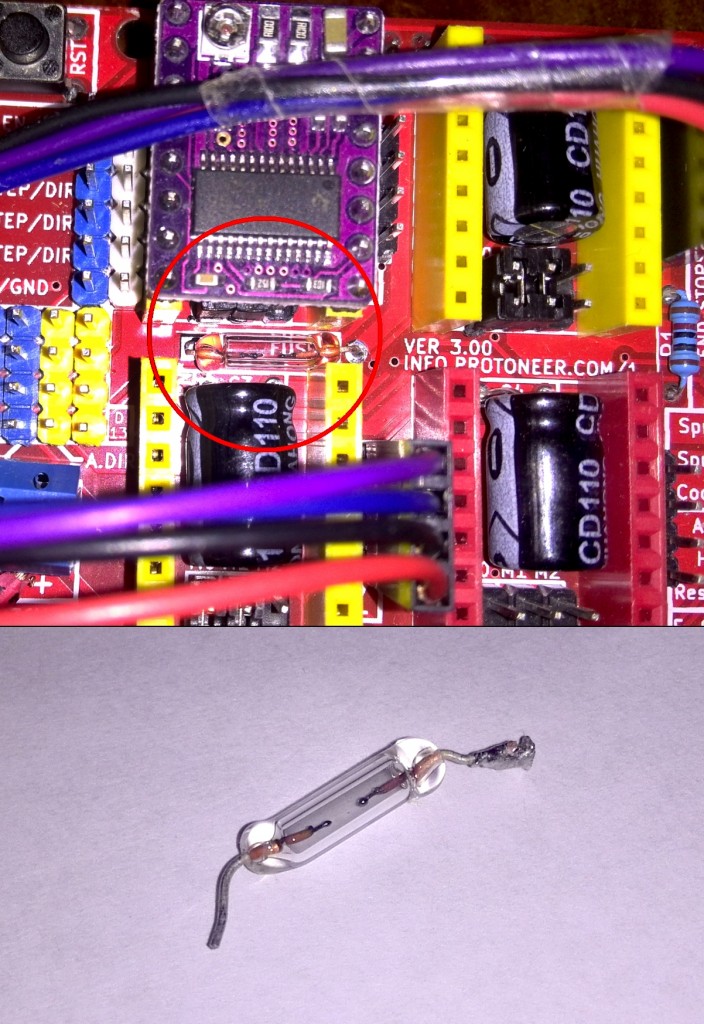 What to use for replacement fuse?

If someone knows let me know what should be the correct fuse. I tried to find an answer for it but with no luck. Most of the threads I found on the internet suggest it to be replaced with a solid wire instead.
I suppose it must be enough to drive all the motors. If you run 3 motors on 1.5 amperes each- fuse should withstand at least 3 x 1.5A => 4.5 amperes.